Music Organisations – Do You Need them? Linton Beckles answers.

Home Music Organisations – Do You Need them? Linton Beckles answers. 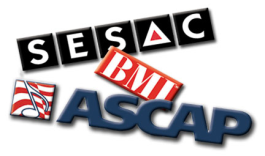 The gospel music sector in the UK like every other music and creative arts sector make up a larger industry comprising of a wide range of creative individuals and groups whose creative output in the form of Intellectual Property (IP) must receive protection, administration and exploitation commonly associated with the music, media and entertainment industries. Today’s technological advancements have seen a lot of merging art forms and industries but the fundamentals of music rights are essentially  the same since the advent of music rights organisations at the turn of the lat century.

Musicians, singers, record companies, publishers, broadcasters, promoters, venue owners and music buyers soon formed the growing landscape of a mega turnover industry when the invention of the gramophone and moving pictures revolutionised the way we perform, produce, handle and consume music. Such was the case around 1918 when music composers and publishers found common grounds and formed the PRS and MCPS underpinned by the Copyright Act 1918. Spreading across Europe and America with the many copyright rulings through the Berne Conventions and others it was firmly established that the copyright interest of those whose intellectual property is their livelihood should receive the benefits extending from their legal, moral and economic rights as the owners of producing copyrightable works. in whatever form it becomes material substance.

Music rights organisations or societies in the music industry are set up to fundamentally administrate the copyright of record companies and music publishers who are keen to issue licence at a fee to users of their copyright works. These rights are granted to these record companies and music publishers by music artists and songwriters through signing recording and publishing contracts. As the industry grew it found the need for facilitators such as promoters, agents and managers formed the important bridges to the users of music such as radio and television broadcasters, theatre and concert venues and a now record buying public. With this working infrastructure copyright owners were able to determine fees as a licence tariff for the use of their works or property now embodied in various recorded forms thus generating the revenue streams and pools which in turns becomes the capital and income to those owners of music rights.

The emergence of the rights or collection societies made it possible for performers and songwriters to receive a royalty for the broadcast or performance of their work wherever it was transmitted providing those doing the transmitting had a legal licence to do so, an otherwise impossible task to do on your own, hence these societies deem it their right to issue licence and regulations to those making transmissions of the works held on behalf of their members; the copyright owners.

If you create you are a copyright owner whether its through a record company or a music publisher which means your work will be exposed to broadcast and public performance, therefore it is essential that you take up membership with the appropriate organisation to administrate your rights and collect performance fees and royalties under the protection of copyright law; in the UK its the Copyright Designs and Patents Act 1988.

GMIA provides a directory and glossary on all the key essential organisations for Creatives.