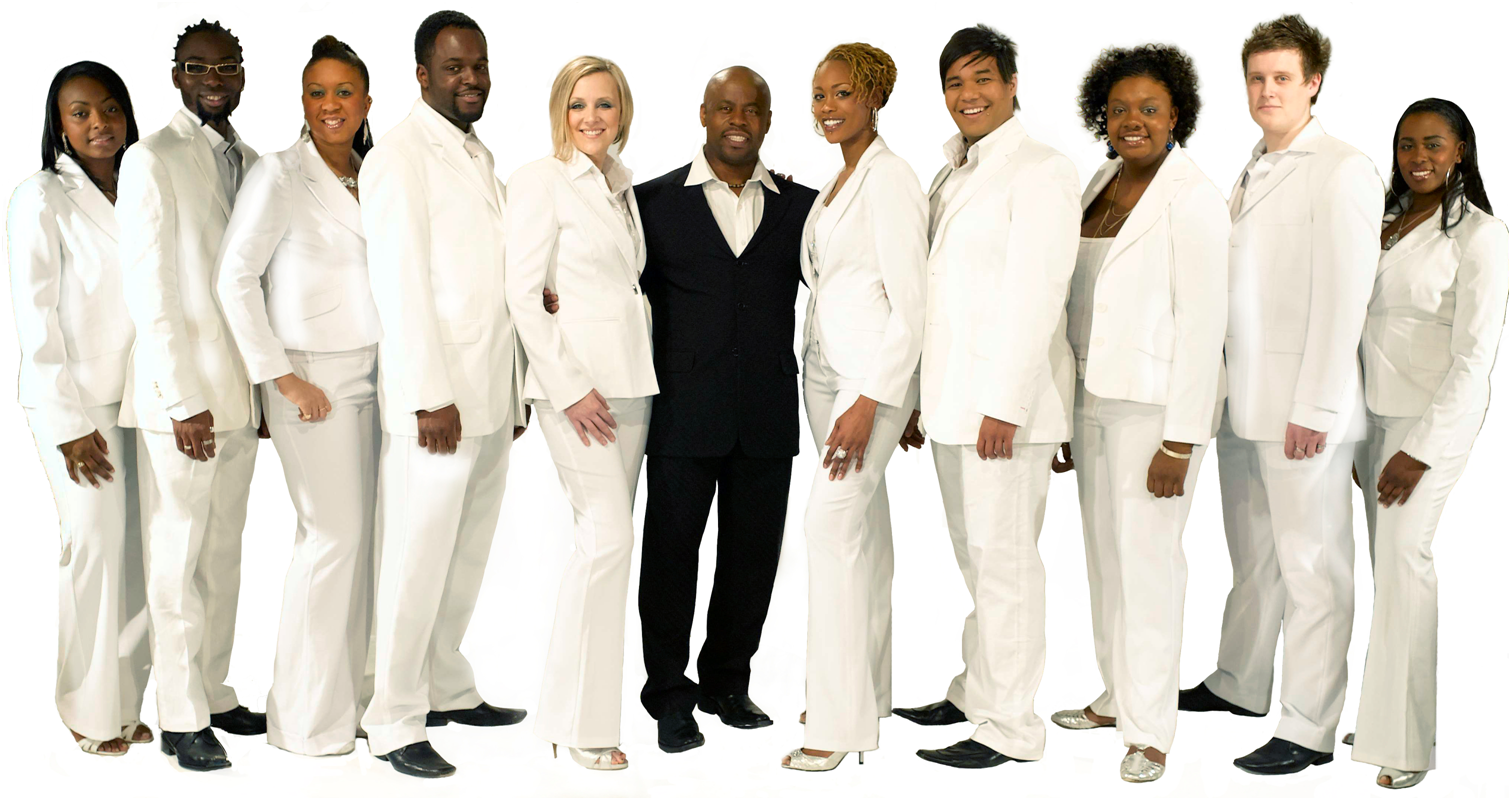 The London Community Gospel Choir was founded in 1982 by the Reverend Bazil Meade with the assistance of Lawrence Johnson, Delroy Powell and John Francis. Francis would later go onto form The Inspirational Choir of the Pentecostal First Born Church of the Living God.

Initially the idea was for a single concert and this was staged by a 120-strong choir before an audience of more than a thousand people. The performance was a success and what had started as a one-off event soon matured into a legacy of 25 years of travelling concerts performed worldwide.

Meade explained “We were formed from those who were passionate about their faith and were willing to take gospel music into venues that many churches at that time dared not enter.”

The success of the evening at Kensington Temple led to enquiries for the choir to appear on television and the radio and at various corporate functions across the United Kingdom and Europe. The choir’s debut television performance on Channel Four’s ‘Black On Black’ proved a resounding success and led to calls from popular artists for musicians and singers to perform with them. This caused disapproval in the black church community which accused Meade and his companions of courting controversy as well as behaving in a pseudo-Christian manner. Traditionalists argued against Christians working in secular environments as well as women wearing cosmetics and jewellery. In December 2003, the Guardian described the choir as Controversial, professional, energetic, inspiring and Spirit-filled!

Meade comments, “The idea of an inter-denominational choir was something totally new to the church community. A few church leaders felt threatened by it. It took a while before we were able to convince them that we were not forming a new church and stealing their young people away! We knew this was a vision that God had given us and that inspired us to keep going despite the controversy which surrounded us,…”

The choir is often described as adaptable and flexible and as producing dynamic melodies with rich harmonies whether they are performing as an octet or as a 30-strong choir. It is known for its funk-flavoured gospel flair, swing-beat, rhythm and blues, traditional and soulful arrangements, with invigorating choreography and vocal gymnastics. Currently the choirs membership is some 45 members.

According to DrownedMadonna.com, the choir recorded a track, Living for Love, with Madonna on her Rebel Heart album.

The choir recorded a version of the OutKast hit “Hey Ya!” with Razorlight (the B-side to their single “Vice”), featured on Will Young’s debut album From Now On, and sang on Blur’s hit, “Tender”. They also provided backing vocals on the Erasure self-titled album Erasure (1995) and throughout the Nick Cave and the Bad Seeds (2005) double album Abattoir Blues/The Lyre of Orpheus. They also performed in the songs “Don’t Get Lost in Heaven” and “Demon Days” on the Gorillaz’ Demon Days album. The choir has also recorded with Paul McCartney, Elton John, Westlife, Elkie Brooks, Tori Amos, Drumsound and Bassline Smith, Madonna, Paper Route, Dermot Kennedy, Gregory Porter,The 1975 and Brockhampton.

The choir recorded the backing track “Circle of Life” as part of the original motion picture soundtrack to The Lion King which went on to be nominated for the Best Original Song at the 1995 Academy Awards. They also made a guest vocal appearance on Billie Piper’s hit song “Honey to the Bee”.

A special branch of the choir entitled ‘The Edge of LCGC’ released a limited-edition album entitled ‘Keep Moving’ as part of their yearly five night residency at the world-famous London venue the Jazz Café. The full version was released in Spring 2008.

In 2009 the choir recorded a charity single named “I Got Soul” for War Child along with other major UK stars such as Pixie Lott, N-Dubz, Tinchy Stryder and V.V Brown. On 25 October 2009 this single reached #10 in the UK Singles Chart giving the London Community Gospel Choir its first top ten hit.

The choir was one of the featured artists on the Artists For Grenfell charity single – Bridge Over Troubled Water in 2017.