GL Records is emerging as a leading force for the development of grass-roots talent under the banner of ‘urban gospel music’ in the West Midlands.

Roger is well known through the Gospel Link Magazine which was the key communicating tool earlyr in the millennium for branding in our minds that a new era for UK Gospel had arrived.

From the magazine into live events – GL Live – Roger and his growing band of graphic and visual proponents developed a platform that opened up the door for the likes of US Lecrae and Da’Truth who were making waves that crashed against the tide of traditional resistance to the rap and hip-hop form in Church circles.

It was clear that there was an generation who wanted to say it ‘this way’.  But the GL Live events ebbed down, for whatever reason (another story another time).  That reason resulted in a season of redevelopment and the GL factor has emerged stronger and more significant.

Undergirded by a focus on developing quality multi-media tools and using social tools and YouTube Roger and his hardy band of creatives has built up a very respectable archive of work.

Now GL Records exists to give real artist development pathway the events seems to be rolling out again. 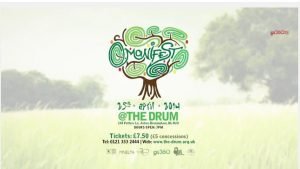